Shea butter can be found in a huge number of materials, ranging from diaper cream to types of paper. The U.S. Food and Drug Administration considers shea nuts (from which the butter is made) to be tree nuts- potential allergens.

The proteins in peanuts and other tree nuts are what cause the allergic reaction. In people who are allergic, the immune system considers the proteins to be dangerous and launches an attack, resulting in an allergic reaction. These can be both mild and severe, the latter often resulting in the failure of airways. Around two million Americans are allergic to some type of tree nut, but the number of allergy-linked deaths is small; around twelve each year.

The issue of shea butter arose when a pediatrician named Dr. Kanwaljit K. Chawla questioned the safety of most baby products. “I was looking up baby products and realized that many of the ‘natural’ or ‘organic’ products contained shea butter, including wipes, diaper creams, baby lotion and nipple cream for breastfeeding mothers. I saw that the FDA listed shea nut as something to avoid if you are allergic to tree nuts, but shea is in everything. How is it possible to avoid it?” She explained.

The nuts are mostly fat, but the doctor and her colleagues decided to run a few tests. They extracted the miniscule amount of protein found in shea nuts, and added it to blood samples taken from a number of people with known tree-nut allergies. The immune system did not respond, implying that although shea nuts should in theory trigger an allergic reaction, the immune system does not recognize it as a nut protein.

Well, it’s less than a week to go and your Linux geek is still gift-less. Here are some more ideas to wrap up the year for your very special geek, with love.

1. A great place to look for some unusual but sure-to-please Linux related gifts is CafePress. How about a customized Christmas stocking. This clever item reads: “There are 10 kinds of people: Those who understand binary, and those who don’t.” Don’t think about that one too long. $12.

2. Is your FOSS friend a fan of Android? Then a real cute Android robot doll might be just the ticket. Get it from Etsy for $20.

3. I hope I am not giving away too much by saying that this gift is my personal favorite: “Computer Engineer Barbie.” Yes, she knows the code, punches it out despite her non-ergonomic arms and impossibly long legs that reach into the office next door. She even has a fashionable binary-coded t-shirt, a Bluetooth, smart phone, and a hot pink laptop. Only $13. Grab one before Barbie goes to law school.

Recent studies have shown that people who lead a healthier lifestyle as they develop are less likely to develop age-related macular degeneration (AMD), one of the main causes of sight impairment in older adults.

Exercise, a healthy diet and lack of smoking are all key factors. Combined, these habits, and the risk of AMD is lowered by over 70%. Julie Mares of the University of Wisconsin in Madison explained that “we don’t need to be passive victims of these ravages of old age. Relatively small things could make a difference.”

Mares recommends 10 hours of light exercise per week. This can include housework, gardening and walking. 8 hours of moderate exercise are just as effective. 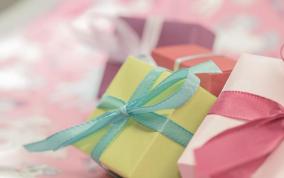 Need a gift for a Linux geek? This special breed of people who are enamored of ‘free and open-source software’ (FOSS) can be a little bit harder to please. Here are some cool ideas for that ‘special’ computer maven still on your shopping list:

1. Have you ever visited the Linux store at linux.com? Begin your FOSS-filled shopping travels here, and pick up their elegant Tux Mug for only $9.
2. How about the Linux Cheat Shirt? This nifty bit of clothing, seen at ThinkGeek, is scrawled with an assortment of Linux commands, but upside down for more convenient viewing by the wearer of said shirt. We are talking serious geek here. Useful for job interviews where knowledge of the commands might be put to the test. Only $15.
3. Here’s one that will catch the eye of your geek’s co-workers. It’s a button which reads, “The box said ‘Requires Windows Vista or better.’ So I installed LINUX.” Only a true geek would express himself thus. Worth every penny of the $4 it will set you back.

Excess fat on the stomach and sides doesn’t only look bad- it’s also unhealthy for your body. For example it can be bad for your posture. The muscles of your stomach and sides are a key factor in your body’s everyday movements, and when they are slackened and weak they are less efficient. It is important to keep these muscles active. Walking and running are two great ways to keep your body healthy and toned. You may not realize it, but your core muscles work along with your legs during these activities. If walking is not for you, though, or the weather does not allow it, here are some simple exercises which you can do at home:

The Side Bend: Stand up straight with your feet slightly apart. Bend your knees slightly, and slowly lower your entire upper body to the right, back to the center, and to the left. Repeat.

The Torso Twist: After your side bends, you can immediately proceed to this exercise. Stand the same way, and twist your upper body from side to side. Your torso and side muscles should be controlling the motion- be sure not to use your hips instead. Make sure to hold your back and shoulders straight.

The Side Crunch: Lie down on the floor (use a mat or a towel as a cushion) on your side. Put the arm that is closer to the floor over your waist, and with your opposite arm, reach up and touch your ear. Your elbows should be pointing up. Lift your shoulders and upper leg off the floor and hold. Switch sides.