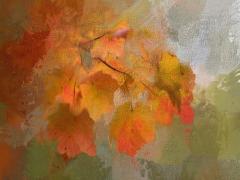 Everyone needs love, affection and attention.  No matter if you are human or animal – or even what type of animal – a bit of caressing goes a long way.  Well, this could be no clearer than what is seen on the recent youtube video that was posted about a “lovely owl.” Fast approaching 5 million hits to date since its posting just over 2 weeks ago, this viral video is now up to number 2 on the Top 20 List as comprised by Viral Video Chart.  It seems that the lowly owl – the animal not really seen as a cutesy snuggler – has finally enjoyed its 15 minutes of fame by coming this far.  Well, actually if you want to get really pedantic, its 1.47 minutes of fame.

It seems that this video marks the only time an animal has made it this high in the Viral Video Charts ever – indeed, no other animal video has ever even made it onto the list.  The list primarily comprises music videos.

Take a look at the video and see the pet owl Molla being caressed at a medieval falconry event which takes place near Milan, Italy. It is a celebration of various types of birds of prey.  You will see different types of owls on the video but Molla is clearly the movie’s star.

Nancy Sinclair-Estes heard without the use of a hearing aid, for the first time in almost three decades.  The Lebanese woman – who has been suffering from extreme hear-loss since her early twenties – had a cochlear implant fitted last week.  She only recently discovered that she would be a candidate for the procedure and is now delighted.  The mother of four, three of her children also suffer from hearing loss.  To correct the hearing, the implant bypasses the cochlea’s damaged cells which is a main cause of hearing loss, and thereafter stimulates the hearing nerve.

The 51-year-old’s hearing started deteriorating in her late teens but it wasn’t until a few years later – when she hit 22 – that she got her hearing aids.  She did that as she had to be told by her husband that she hadn’t heard her baby crying.  Shortly thereafter there was a rapid deterioration in her hearing loss.  It wasn’t until the implants were fitted that she was able to hear much of anything; to communicate she would rely on lip-reading.

Once she left the office, Nancy was immediately able to hear her son’s voice, without having to lip-read him.  She actually heard his voice for the first time ever!  She couldn’t believe it and was clearly delighted. Prior to the procedure however, she was somewhat nervous.  Having lived in a close-to-silent world for around 30 years, she was apprehensive of what she might hear and what it might be like.  Now, she’s incredibly grateful for what she is hearing.

The Anjali Children’s Festival was privy to the extra inspiration of watching five visually-impaired men dancing the night away.  Part of the Bangalore-based organization ‘Articulate,’ the five men (Gowda, Prasad, Ramdu, Rao and Swamy) sure have a story or two to tell.  As well, they happen to be incredible Bharatanatyam dancers, with some tragedy on the side.  At least, that’s how they tell their tales, but really, when you look at it, these inspiring individuals have certainly had more than their fair share to deal with over the years.

Artistically directed by Mysore B Nagaraj, this organization helps many people deal with the troubles in their lives in a creative fashion.

These five men joined the Ramana Maharishi Academy for the Blind in Bangalore as youngsters.  They have all experienced incredible loss in their lives.  Gowda, for instance – while he had perfect sight when he was born – lost it following an accident that resulted in dust in his eyes and was never properly treated.  He didn’t even get the support of his parents over this time.  So, he became a top dancer and joined the group.  As well, he now runs his own travel agency in Bangalore.

All five of these guys have similar stories.  But they all showed triumph over advocacy.  They have accomplished their dreams in incredible ways – being optimistic, overcoming depressions and displaying incredible amounts of perseverance. 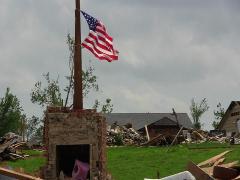 The Aftermath of North Dakota Flooding

Around 4,000 homes were flooded by the Souris River over the summer.  This caused over two meters of water on the homes’ main floor for around three weeks in Minot, North Dakota.  Around 2,300 trailers were moved to the area by the Federal Emergency Management Agency (FEMA), housing a lot of the 11,000 displaced people. And snowbirds have been lending out their homes to help the situation as well.  Churches, schools, golf courses and other public places have also been destroyed.  Indeed, it is anticipated that the Roosevelt Park Zoo will not reopen for around two to three years.

Despite all this, spirits are up in the area.  Signs reading “I’m Coming Back!” have been put on the front lawns of these destroyed homes.  As well, the people of Minot are doing their utmost to help out their friends in the neighborhood.  In Winnipeg for example, Church of Latter Day Saints and Mennonite Disaster Service (MDS) volunteers have been assisting the homeowners in rebuilding their properties. And things aren’t exactly quiet and peaceful for the MDS themselves, as they have been encountering a severe lack in donations which has led to some redundancies and pay drops for their staff. And, to add insult to injury, they are getting half of what they used to get in travel expenses.

Clearly though, this attitude is showing how no matter what is going on in one’s personal life, when mass disaster strikes, everyone comes together to help out.  At least, that is certainly the case in Minot right now.