Gentle Barn Activities Beneficial to All

It seems that it is not just animals in distress who benefit from being cared for by humans.  In fact, one could argue that it is the oft-abused humans who are gaining more benefit from their care for animals.  Gentle Barn – a Santa Clarita farm spanning six acres – has seen many of these miracles.  Indeed, people have healed themselves by working or volunteering at the farm that houses abused cows, goats, horses and pigs.

Perhaps the abused adults and youngsters relate to these animals because they were also once threatened in some very disturbing way.  Or perhaps the unconditional love given by the animals to the people who have more often than not been the victim of terrible abuse, gives them hope again.  Either way, both are doing well.

One example is the goat named Sophie who enjoys being read to by Solana Mejia-Schnaufer.  She believes she likes the book ‘The Hunger Games’ but not ‘Animal Liberation,’ as she tried to eat the latter but not the former.  Regardless of the goat’s taste in books, she has definitely helped Mejia-Schnaufer with various issues, to such an extent that the volunteer described her bonding experience with the goat as “a life-changing experience.” She had been struggling with eating disorders and depression for a long time which had even resulted in a suicide attempt.  She believes it was Sophie who enabled her recovery as she gave her hope that “life was worth living,” due to the goat’s “incredible calm and open energy.”

If one goat can do that for one person, just think how many other animals can help people.  Those individuals who suffer from any kind of mental trauma, or abuse, where no care facility can help them and even special drugs start to fail after some time, need a place like Gentle Barn to really get their spirit back.  Mejia-Schnaufer is one case in  many at the Gentle Barn that shows just how much animals can give to people who are struggling when there is no hope left and they feel like everyone else has given up on them and life is no longer worth living.  Keep it simple: let the animals do their jobs. 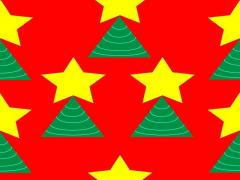 Kyle Chandler to the Rescue

Kyle Chandler didn’t hesitate when the opportunity arose to help victims from the Texas wildfire.  The Emmy award winner just showed up at Austin for Fire Relief (the Central Texas concert) and helped raise a staggering half a million dollars for those impacted by the wildfire.  Likewise, Natalie Maines (of Dixie Chicks) joined other music stars to help those in need.  These included George Strait and Willie Nelson.

The fire began in Central Texas’ Bastrop County on September 4, 2011.  It culminated in the destruction of around 1,500 homes.  There were two fatalities.  This fire set the record for the worst of the Texas fires over the last year.  Indeed, a staggering 6,000 square miles has been scorched by fires in the state since 2010.

Clearly these music artists have pure hearts of gold.  They stepped up when things got rough and really worked hard to ensure these victims had something to smile about.  Under no pressure, they gave of themselves to raise huge amounts of money for those going through a rough time – a true testament to the goodness and value system of Texans.

Growth in sporting fields other than baseball is anticipated for the Grand Strand Miracle League over the next year.  This is the league that – for the last decade – has been teaching handicapped kids to play baseball. But now it wants more.  And plans are thus underway to build a new park near Pepper Geddings Recreation Center in Myrtle Beach, which will house equipment especially for these kids, with a few items for kids without disabilities.  In other words, the focus will be on the kids with handicaps, but it will be built in an extremely aesthetically-pleasing way.

Last weekend, a Pig and Pearl barbecue and roast was held as a way of giving thanks for all the support the League has received over the last decade, and to unveil its vision for the coming decade (the park included). The dinner – charged at $75 a head to raise money for the venture – hosted around 100 of the League’s “best friends.”  Plans were unveiled on the day and all who saw them agreed it looks like it is going to be a great project, extremely colorful and inviting for all kids.

Sometimes, when it looks like all is lost for good and nothing can possibly get worse, even those who do not believe in any kind of power might end up turning to a God to pray for some hope.  Well, that wasn’t quite the case with Jim Haggerty, but there was definitely a Higher Power looking out for him.  Haggerty – a religious man with a passion for fixing up cars – suddenly found himself under two tons of steel; a car tilted off the rack when he pulled on the wrench.

It started by him getting under the car, checking the transmission and the oil in it, putting on a wrench and then once he pulled on it, the car tilted and he was underneath.  His son saw it happen who told his wife who called 911 and when the paramedics arrived, no-one thought Jim would make it.

When they found him he was purple and swollen from the chest up.  At best, he would survive with severe brain damage.  In a CBN news article, his wife Nina recalled, “I began praying and I realized that this was pretty major. I really wanted to have some backup prayer support, and that I am a member of The 700 Club, I thought, first of all, I just needed to get on the phone and call,” Nina said.

Jim was sedated for 10 days and felt God with him during that time.  Miraculously, he only spent 19 days in hospital, followed by a month of rehab.  He amazed the doctors – he recovered so well and so quickly.  It truly was a miracle.  Now he says, he is completely healed and has gone back to working with cars and caring for his animals. 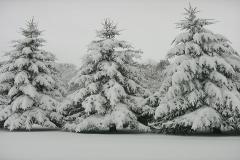