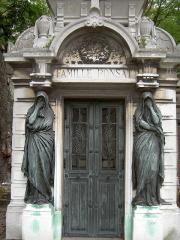 A newborn baby was recently abandoned in Argentina.  But thanks to a dog, she was saved.  She was a mom herself; she had already given birth to her own babes (puppies).  Clearly this dog knew the baby was in trouble so she brought her over to her bed and took care of her like she did with her own puppies.  Thereafter, the baby’s cries were heard by a neighbor who alerted authorities. Police rescued the newborn baby boy and said it was because of the dog that he was still alive – the dog who had shielded, protected and kept him warm.  Thankfully, the baby boy did not suffer any major health problems.

Magazines have come a long way in the last few decades, especially the feminine-based ones. Indeed, half a century ago, the very thought of having a magazine for women was at best, scorned at, and at worst, the creator of goose-bumps among anyone daring enough to bring up such a suggestion. Indeed, just 40 years ago when Gloria Steinem and some other women – viewed at the time as staunch feminists – began their magazine for women, by women, it was little short of revolutionary. But it was also welcomed by many; the first issue of ‘Ms.’ sold out completely in eight days.

Today, ‘Ms.’ is still going, and is not just seen as a magazine, but actually more of a movement. But it is no longer unique in its service for women. There is now a huge array of different titles offered for women – magazines that are written by both women and men – but which focus on subjects important to the female species. For those interested in getting good deals on these magazines, companies such as the National Magazine Exchange, iSubscribe, or MagShop-make very attractive subscription offers. So for women who want to enjoy their femininity and make the most of it with the help and encouragement of a magazine, they should check out the different titles available through a company like the National Magazine Exchange or Discount Mags.

At the time ‘Ms.’ was first launched, very few women were involved in the magazine process, from writing to publishing, even though the large majority of the readership was female. Thus the stories that were written were focused on what women should do to keep their men happy, including looking good and being a great cook. Steinem was received shockingly when she suggested a political edge to the stories in The New York Times Sunday Magazine and these jobs were left to the men.

It was only when the feminist organizations began to emerge that things changed, and magazines for women got a real makeover. Thus today the female magazine titles available through these magazine subscription companies have the women’s slant they require to make them contemporary and to appeal to what women really want.

He kept asking for her hand in marriage.  It wasn’t exactly like Cherie Butler was refusing to  wed David Shoemark, she just wasn’t ready when he was asking and thus kept replying, “one day.”  Perhaps it was because she wanted to be the one in charge.  And that’s exactly what she did.  Butler got a group of about 40 friends and family to join up at Pollard Park, Blenheim, and witness their wedding…the wedding Shoemark had no idea was happening until he arrived on the scene, expecting to partake in a family picnic.

Shoemark began to get somewhat suspicious that something other than a simple picnic in the park was going on when he saw some people photographing him and a few people who was not expecting to be at the small family picnic.

The marriage ceremony took place at the park’s rhododendron garden.  Guest Jenny Andrews officiated and the other officials were one bridesmaid and a best man.  Following the ceremony, a wedding reception was held at the Blenheim Bowling Club.

So Cherie Butler is now Mrs. Cherie Shoemark.  And David Shoemark is delighted!