So I finally had some time for myself, on a Sunday 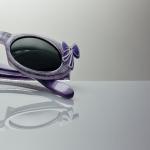 afternoon.  This hardly ever happens because usually at least one of the kids is demanding something over the weekend.  But two days ago, the kids were playing really nicely so I was able to just sit and relax. So I took the opportunity to enjoy one of my favorite pastimes – American history.

I used to read American history all the time but, since having the kids have had less time.  Now though, in the last few months, I have gotten back to it somewhat and am currently up to John F. Kennedy.  Apart from my own history books, I was recently learning about connected items from the Shapell Manuscript Foundation.  It seems that the Foundation has in its possession a letter that he wrote to a Miss Forbush following the condolences John received on the untimely death of his brother. He wrote: Thanks so much for your thoughtfulness in sending me those prayers at the time of my brothers death. They were a great help, and I want you to know how much I appreciated it.

So having read this letter, I wanted to know more about the relationship Joseph had with John, especially given the fact that I have two boys myself.  I have to admit that I was quite shocked, that, given that I’m a full-bred American, I had absolutely no idea about how and why Kennedy came to power.  In my investigation, I found out that it was actually his brother Joseph P. Kennedy who was slated for the world of politics.  But he was brought to his premature death when the plane that was taking him on a secret mission suddenly exploded.  Given that his father had been grooming Joseph to be America’s next President and on that fateful trip that dream exploded, John F. Kennedy – the less smart, less popular, less attractive and younger brother – had to step up.

So as I was watching my boys begin to rough and tumble, I wondered what impact my expectations – subconscious as they might be – would have on them in the future.  I certainly hope that neither boy ends up feeling how John clearly did – less attractive, less popular and less smart than the other.

Anyway it’s interesting to learn about the leaders of our country in this way; focusing on their personalities, their relationships with each other and with their parents.  For me personally it really helps put a spin on how human they were and, of course, how I can assist my own children develop their particular strengths.

I’m looking forward to the next bit of quiet time I get to learn more.  I thought it was so cool that I stumbled upon this through the Shapell Manuscript Foundation – who knows what else there might be!