Some of Hollywood’s biggest stars are supporters of a form of meditation called “Mindfulness Meditation.” The technique is becoming more and more popular, and, as evidence of its effectiveness becomes more obvious, researchers and psychologists are starting to believe in it too. Actresses like Meg Ryan and 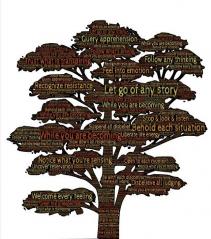 Goldie Hawn acts as advocates for the meditation method. They explain that the technique uses ancient Buddhist principals to combat mental suffering, and encourages the practitioners to slow down, “inhabit the moment” and become more accepting of their feelings. Ryan says that “by simply refocusing our awareness, we reshape our experience.”

The meditation was first regarded with skepticism by most psychologists, but the practice has earned a lot of respect due to research which indicates its clinical effectiveness. Some experts are being cautious about overselling the benefits of the practice, however. Florian Ruths, who runs a mindfulness meditation program in London, explains that he thinks “we need to be cautious. At the moment the enthusiasm is much higher than the evidence. Those who practice mindfulness meditation know it makes a huge difference to people’s lives. But there is a danger of saying it works in psychology so why not use it for almost anything in life? And suddenly having a bit of pleasure, or seeing something beautiful, becomes an act of mindfulness. We need to be careful that we don’t create an impression that we’ve got something proven to be effective for almost everything when we haven’t actually done the scientific work.”