The pediatric emergency room is a place where dedicated medical team members use cutting-edge technology and hard-earned knowledge and medical experience to provide life-saving aid to your child.

You should bring your child to ER in case of an accident at home or in the car, a sports injury, after a fall, in case of burns or bleeding, if he/she has difficulty breathing or a high fever, for a severe allergic reaction to food, medication or an insect bite, for persistent vomiting or severe abdominal pain, in case of food poisoning, if he or she has fainted or is unconscious, for drug overdoses or ingestion of poisonous substances, and if your child expresses a suicidal or other dangerous thought.

Have you got some leftovers from Thanksgiving that you would hate to throw away? Here are some fast, easy and tasty ideas for your uneaten turkey, which, if you are anything like me, there is plenty of.
How about “Barbecue Turkey Sandwiches with Celery Salad?”
Ingredients
• 2 tablespoons extra-virgin olive oil
• 2 tablespoons white wine vinegar
• 1/4 cup plus 2 tablespoons crumbled blue cheese (about 2 ounces)
• kosher salt and black pepper
• 1 bunch celery, thinly sliced on the diagonal
• 4 scallions, thinly sliced on the diagonal
• 1/4 cup fresh flat-leaf parsley, roughly chopped
• 1 pound cooked turkey, shredded (about 3 cups)
• 3/4 cup store-bought barbecue sauce
• 6 sandwich rolls, split and toasted
Directions
1. In a large bowl, whisk the oil, vinegar, ¼ cup of the cheese, ¾ teaspoon salt, and ¼ teaspoon pepper until smooth.
2. Add the celery, scallions, and parsley and toss to combine. Sprinkle with the remaining 2 tablespoons cheese. Set aside.
3. In a large skillet, combine the turkey and barbecue sauce and cook over medium heat until heated through, 3 to 4 minutes.
4. Sandwich the turkey mixture in the rolls and serve with the celery salad.

Probiotics are microorganisms that are believed to be beneficial for our bodies. FAO/WHO defines them as “live microorganisms which, when administered in adequate amounts, confer a health benefit on the host.” Lactic acid bacteria and bifidobacteria are the most common microbes used in probiotic supplements, but there are various others that can be used for more specific things.

Lactic acid bacteria are believed to help the lactose intolerant convert lactose into lactic acid, thus relieving symptoms such as nausea, bloating and other forms of indigestion. These bacteria are also believed to lower the risk of colon cancer, lower cholesterol levels, lower blood pressure, boost the immune system and fight infections, improve digestive functions, and reduce inflammation. Probiotics also help the body absorb minerals, manage urogenital health and prevent the growth of harmful bacteria or fungus in the body.

Probiotics can be consumed as a daily supplement. There are also many foods which contain the strains as well, such as yogurt and certain soy products. 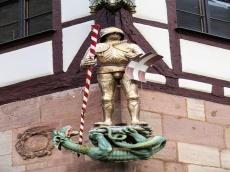 The U.S. Food and Drug Administration has requested that Xanodyne Pharmaceuticals Inc. remove the pain killers Darvon and Darvocet from the market. Since 2009 these two prescription drugs were prescribed to about 10 million people throughout the U.S. The reason for withdrawing the drug is a fear that propoxyphene increases a patient’s risk for potentially serious or even fatal heart rhythm anomalies.

“We recommend that physicians stop prescribing the drugs. As for patients, do not stop taking it, but we urge you to contact your health care professional. Do not delay,” said Gerald Dal Pan, director of the FDA’s Office of Surveillance and Epidemiology.

Generic manufacturers are also being requested to voluntarily remove their products.

According to a statement issued by the FDA, “The drug’s effectiveness in reducing pain is no longer enough to outweigh the drug’s serious potential heart risks.”

Many people have heard that red wine can be good for your health. Is this true? Studies have shown that it is possible. A moderate amount of red wine can reduce the risk of heart attacks in middle-aged people by 30-50%. Red wine is also assumed to discourage additional heart attacks, in people who have already suffered from one.

Other studies have shown that red wine increases the level of HDL cholesterol in the body, as well as reduces LDL levels. Red wine may also prevent blood clots as well as reduce damage of blood vessels caused by fat deposits.

These health benefits are a result of the antioxidants and other substances that are found in red wine. The resveratrol contained in the grape skins and seeds increases HDL cholesterol and prevents clotting, and the flavonoids in the grapes themselves have antioxidant qualities which also prevent blood clots and plaque formation in arteries.