Passive smoking, or inhaling the smoke from nearby smokers, has been killing more people than lung cancer, a new World Health Organization study has shown.

The study was published in Lancet, a medical journal, and goes on to point out that about 67% of all the passive smoking deaths occurred in Africa and South Asia.

The study also concluded that children are among the largest number of victims, numbering about 165,000 deaths due to second hand smoke.

The name “Cyber Monday” was coined five years ago by the Shop.org unit of the National Retail Federation to describe the 77% increase in sales on the second biggest online shopping day of the year. Cyber Monday has grown bigger and better since then, increasing to $608 million in 2005, $733 million in 2007 and $846 million in 2008.

Here are some tips for how to make the most of your time and money on Cyber Monday:

1. Sign up for email alerts – be informed about what sales are being offered in your favorite stores.
2. Follow your favorite retailers on Facebook or Twitter to be the first to hear about special offers
3. Check which retailers will give you free shipping.
4. Remember that sometimes, seeing the item in a real store is better than ordering it online.
5. Shop early – in case supplies are limited.
6. Enjoy your shopping!

Backaches are a common ailment in adults, as well in people who work with heavy loads or sit at the computer for many hours.

Resting is a good way to ease the discomfort, however, certain simple exercises are more effective as eliminating the cause. Swimming is an example of an enjoyable, effective way to rid yourself of pack pain. Swimming strengthens your back muscles while the water supports your body, putting less strain on your back. If you don’t have a convenient pool nearby, or swimming is not for you, here are easy exercises that you can do at home:

• Stand with your back against the wall, with your feet positioned beneath your shoulders. Slide down the wall into a crouch and hold for five seconds. Repeat five times.
• Lie on your stomach. Flex the muscles in one leg and lift it up off the floor, count to ten, then switch legs. Repeat five times with each leg.
• Lie on your back with your arms touching your sides. Lift one leg off the floor for ten seconds, then switch. This can be difficult at first, so you can keep one leg bent with the foot flat on the floor while raising the other leg.
• Stand behind a chair and grip the back with your hands. Lift one leg behind you, making sure to keep it straight. Switch legs.

Johnson & Johnson has recalled nearly five million packages of the popular over-the-counter medications Benadryl and Motrin because a J&J review “revealed insufficiencies in the development of the manufacturing process,” J&J said. The recall applied to four million packages of Children’s Benadryl Allergy Fastmelt Tablets in cherry and grape flavors, distributed in the U.S. and elsewhere, as well as 800,000 bottles of the painkiller Junior Strength Motrin Caplets, which had been distributed in the U.S.

The company also recalled about 71,000 packages of Rolaid antacid from throughout the United States. The Rolaids, according to J&J, had been produced by a third party, and were recalled due to consumer complaints regarding “an uncharacteristic consistency or texture, traced to crystallized sugar in the product.”
The recall, like earlier recalls of Tylenol and other consumer items during the past year, involved products at the company’s Fort Washington, Pennsylvania, facility. That facility was shut earlier in the year to deal with quality-control issues, including unsanitary conditions.

Johnson & Johnson stated that the recall was for wholesale and retail outlets; “consumers do not have to take any action,” their spokeswoman said. 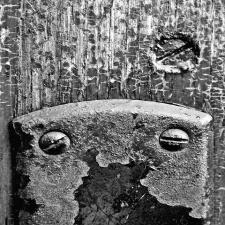 The Harvard School of Public Health has just published a new study indicating that in developing countries a high body mass index (BMI) is only a problem among the more affluent living . According to research findings obesity is a problem in wealthier, first and second world countries and effects all levels of society. However, obesity has not yet become a society wide problem in poorer countries. There obesity is limited to the rich.

“Previous research on the increasing overweight and obesity burden in developing countries has assumed that the burden is shared by everybody within these countries. However,according to S. V. Subramanian, lead author of the paper and associate professor in the department of society, human development, and health at HSPH, he found that the social patterning of weight continues to closely resemble the unequal distribution of income and other resources.”