The fiftieth anniversary of the assassination of President John F Kennedy is fast upon us. Kennedy was the nation’s 35th President, and was gunned down in Dallas on November 22, 1963. As the youngest man to fill the most powerful political position in the country, and arguably of the world, until that time, Kennedy was seen as a symbol of hope, change, and new ideas. He was often compared to the mythical King Arthur and his administration to the utopian realm of Arthur, Camelot. His early death and the sudden end to his presidency sent the country into deep mourning, disillusionment, and confusion.

country, and the Shapell Manuscript Foundation is remembering Kennedy with a special exhibit remembering the legacy of President John F. Kennedy entitled, “The Fading Light of Camelot.” Running from November 1, 2013 until January 2, 2014, it will be held at the Oregon Historical Society in Portland.

One small example of the many documents which will be on display as part of the exhibition is a letter written by JFK right before he left on his trip to the west, but which did not arrive until the day after the President’s funeral. The letter was post-dated to November 26 because it was a birthday note to Congressman Daniel J. Flood, sent several days before with the intention of arriving on the congressman’s birthday. Little did Kennedy or anyone else know at the time that November 26 would be the day after Kennedy’s own funeral. Needless to say, because of the peculiar dating of the note, the letter is extremely rare.

Surgeons have successfully transplanted a larynx for the second time in history, giving a fifty-two year old Californian back her voice. Brenda Jenson was operated on for eighteen hours at the University of California, Davis Medical Center, and was able to form her first words after nearly two weeks. She spent four weeks in the hospital following the surgery, and while her speech was very weak at first, it improved rapidly. After weeks of rehabilitation, Jenson met the whole surgical team for the first time.

Jensen expressed her gratitude and said “This operation has restored my life. I feel so blessed to have been given this opportunity. It is a miracle, I’m talking, talking, talking which just amazes my friends and family. Every day is a new beginning for me. I’m working so hard to use my vocal cords and train my muscles to swallow… I’ll probably never sing in a choir or anything, but it’s exciting to talk normally and I can’t wait to eat and drink and swim again.”

Generally, the risks of rejection and nerve damage to the larynx prevent doctors from attempting this transplant. In fact, the only other such transplant recorded took place in 1998. Jensen was an unusually fitting candidate for the surgery, though, as she had recently undergone both kidney and pancreas transplants, and was already used to the immunosuppressive medications required following a transplant.

Professor Martin Birchall, who was part of the surgical team, said “The larynx is one of the most sophisticated neuromuscular organs in the body. We’ve learned that we can repair nerves to make even very complex organs function again. It’ll open the door to better facial transplants and will be extremely important as tissue engineering develops.”

Numerous researchers have reached the same conclusion: O blood type might protect the body from heart attacks once arteries are clogged.

“Certain genes predispose to heart artery plaque build-up, whereas different genes lead to heart attacks when you already have plaque build-up,” said Dr. Muredach P. Reilly, study author and associate professor of medicine at the Cardiovascular Institute of the University of Pennsylvania. 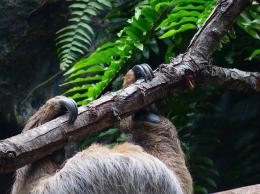 Running is an activity that people do for various reasons. Studies have shown that the health benefits of running are many and widespread, and doctors often recommend it to their patients. First, running can boost your immune system and prevent anything from the common cold to cancer in some people. It is one of the best aerobic exercises, as it conditions your heart and lungs, and ensures the flow of blood and oxygen to all parts of the body; effects that are proven to lessen the risk of heart attacks.

Running can strengthen bones and increase their density, and is also good for the leg and core muscles. Many women take up running or jogging in order to maintain a flat stomach. Aside from boosting a person’s confidence in their appearance, running is a wonderful stress-reliever and can even ease mild depression. Many athletes enjoy running because of the “runner’s high,” the euphoric, calm and confident state of mind that is achieved after a hard run. Adults who exercise on a regular basis are found to be healthier and happier. Running creates an energetic and creative attitude.