In response to slower than expected growth, Yahoo Incorporated is planning on firing between 600-700 workers this holiday season. The official announcement is expected soon, and the first layoffs could come as soon as this week, according to a person who wishes to remain anonymous.

The layoffs represent about 5% of the total workforce of 14,100 employees, and will be the fourth large layoff event in the past three years.

The two most recent shake-ups occurred under the watch of Yahoo’s current CEO Carol Bartz. Ms. Bartz is a veteran of the Silicon Valley world who has been onboard at Yahoo for the past two years.

The newest trimming of the workforce is most probably going to be concentrated in the U.S. products group. This group has already been having tune-up ever since Bartz hired Blake Irving, a former exec at Microsoft, to run the division about half a year ago.

New research has discovered the talent for remembering faces peaks late, between the ages of 30 to 34. According to a report which will appear in the newest edition of the journal Cognition, the skill of recognizing unfamiliar faces is best done at a somewhat later age than most other cognitive skills.

Most experts believe that word skills, memory and other intellectual functions achieve peak performance in the early 20s of a person’s life. This the moment of full maturity, but before brain cell death begins to take its toll. Consistent with this belief is the fact that when tested for the ability to remember names and upside down faces, (a task which demands remembering of general visual patterns) people seem to do best at ages 23 or 24, according to Laura Germine of Harvard University, the leader of a team of psychology graduate students there.

But in a surprise result, the brain seems to need an additional ten years to get really good at face recognition, to being the best that it can be.
“Specialized face-processing in the brain may require an extended period of visual tuning during early adulthood to help individuals learn and recognize lots of different faces,” Germine says. 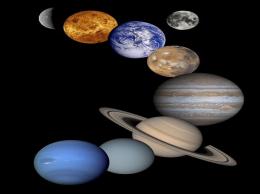 In an unusual revelation Apple Inc. filed a claim with the controller’s office of the State of California stating that Apple Inc. owes its own CEO, Steve Jobs, property whose value is stated to be $37.91. What that property happens to be is unknown, listed as ‘other’ because, according to the spokesman for the controller, “that item isn’t public record.”

This bizarre situation came to pass due to a law in California which requires that property which has been ‘abandoned or lost’ for more than three years must be transferred to the State, which then takes over the responsibility of contacting the owner of the property and returning it to him.

Adding more strangeness to the already weird situation is the fact that $37.91 is the equivalent of almost 38 years’ worth of Steve Jobs’ salary at Apple. “What?” I hear you asking. The truth be known, but billionaire Jobs takes a yearly salary of $1 per year; with the rest of his income coming in from his collection of generous stock options.

Other corporations also owe Jobs a bit of property here and there. IBM reported that it owes Jobs $21.45 in stock plus and additional $14.30 in property. Even Time Warner, owner of CNN has gotten into the act, apparently owing Steve as much as 20 cents. Maybe you also owe Steve some money? You can file your claim at the controller’s office of the State of California.

The Journal of the National Cancer Institute published an online study which suggests that cuts in payments for Medicare has reduced the amount of treatments done for patients with low-risk prostate cancer.

In contrast, the frequency of use of the same therapy for metastatic prostate cancer was not reduced, according to the new study.

Researchers concluded that the lower Medicare payments probably helped to reduce the amount of over-treatment for low-risk cancer, while not affecting the amount the higher-risk cancer was treated. The amount both types of prostate cancer was treated with androgen suppression therapy more than tripled in the period between 1991 and 1999, even though there was no evidence that this treatment improves the survival rate of persons with the low-risk illness.

The conclusion by the researchers of the study was that the decline in use of androgen therapy “likely represents a real effect of reimbursement change and not physician awareness of clinical evidence.”