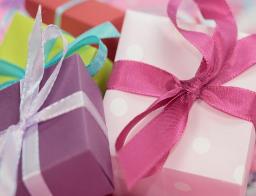 California Condors have sure had a difficult time of it in recent years. On the verge of extinction for many years, attempts to get their population up have been going through hurdles to confound the most dedicated of biologists. Back in 2006 the first nesting attempt in Central California in more than a century happened with a nest 200 feet up a redwood tree. At first delighted with this great new development, biologist Joe Burnett of the Ventana Wildlife Society was stunned to find that the reason the birds did not immediately reproduce was not because of inexperience, but because the eggs which they did produce had fatally thin shells, too thin to support the development of condor chicks inside.

“The eggshell fragments we found appeared abnormally thin,” Mr. Burnett said. “They were so thin that we had to run tests to confirm that it was a condor egg.” The fragments reminded him of the thin-shelled eggs from birds like brown pelicans and peregrine falcons, which had been devastated by DDT but are now on the rebound.

Looking for possible sources of DDT which is a pesticide that has been banned from use since 1972 led Mr. Burnett to suspect the California sea lions, food for the California condors, may themselves by contaminated with DDT.