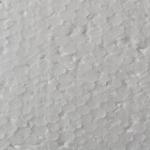 I was really pleased last week when I learned that two of Oregon’s large hospitals scored an “A” grade from the Leapfrog Group for safety standards.  I was actually treated at one of them – Kaiser Sunnyside Medical Center – and remember thinking that it was quite nice.  It’s located in Clackamas but I went there as I heard it had a good neo-natal unit for when Ethan was born.  I’m not familiar with the other one that scored an A – McMinnville’s Willamette Valley Medical Center – but I love the Cornerstone Coffee Roasters for their Jiminy Cricket Milkshakes!  But I digress.

I like to hear positive news stories about what is going on in my city, or state. It’s good to know that healthcare is a top priority for Oregonian officials and that safety standards are always trying to be maintained and improved.

The hospitals were evaluated via a few bodies including: the Centers for Medicare and Medicaid Services and the Centers for Disease Control and Prevention.  Over 26 points were assessed, through three main categories: process measures; structural measures and outcome measures.  The data that was analyzed is available to the public.

Let’s hear it for Oregon, and let’s keep the good news about our state coming in thick and fast.

It’s true.  A year after Ethan was born, because everything felt so hectic and I was so overwhelmed with all my new tasks, I just didn’t manage to get back to the pool on anything like a regular basis. It was a big mistake on so many levels; I got depressed, despondent and actually physically sick.

So, for the last four months since he’s been in proper daycare (as opposed to Daniel and I splitting it), I’m back at the Southwest Community Center & Pool swimming my regular on-and-a-half kilometers.  Located on SW 45th Avenue, it’s conveniently only a 5 minute drive away from my home.  I firmly believe that if an exercise routine is not convenient, one just won’t keep it up.

It’s great because the opening hours are fantastic, especially for lane-swimming.  From Monday to Friday it’s open from 5.15am until 9.00pm; Saturday 7.00am until 6.00pm (that’s the one day I don’t go) and Sunday, 9.00am until 5.00pm.  I usually go in the middle of the morning at around 9.15 and it’s pretty empty – rarely are there three people in my lane and almost never more than that so you get to basically have your own lane and do circle swimming.  There are at least six lanes available at all times.

We were teaching Jayden to swim at one point.  Well, at that age it was more like water appreciation classes.  But then when we had Ethan we gave up.  But we need to get back to it and to start with Ethan. That’s on the plan for 2012! 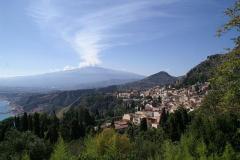 So it wasn’t so easy for me to get pregnant with my kids – harder for Ethan because of my increasing seniority – but it wasn’t too intense either.  We did three IUIs but my FSH numbers were pretty rotten. I really wanted to avoid IVF so when it looked like I was either peri-menopausal or even menopausal at 38-years-old, I decided to give alternative therapies a try.  Thankfully, after three months of having needles stuck around different parts of my body on a weekly basis along with ingesting some Chinese herbs, I got pregnant with Ethan.  Thankfully after he was born, I knew I was well and truly done having kids.

The stress you go through trying to conceive, getting pregnant, doing all the ultrasounds and amniocentesis and other genetic testing in your 40s is truly just hell.  And my good friend Amanda, who only got married at 38, has been trying to conceive now for four years, since the moment she got married. Nothing has happened.  Not even a miscarriage.

So last night I was thrilled when she came over with her husband Matt for drinks and she said with a grin, “it’ll just be orange juice for me…for the next 9 months,” and she confirmed her pregnancy (she’s actually 3 months pregnant but said the 9 month thing for affect).  Daniel and I were delighted.  He and Matt are such good friends and it’s been tough for us all to avoid saying anything about our kids, knowing how much they wanted their own.

Now I just hope the  next six months goes smoothly for her.  She’s staying with her fertility doctor for the duration of the pregnancy as apparently she herself only had kids in her mid-forties so tries not to be such a panic-button-pusher and just let Amanda get on with it.  She wants me to guide her through all the stages, particular to older women which I’ll be glad to do.  And I sure as hell won’t be disappointed it’s not me!  I’m really glad for her as I know how tough it is to want kids and not have them and feel that tremendous frustration every month as your period descends.  This just makes me thank God for Jayden and Ethan that little bit more every day.

Thankfully my kids are rarely sick. During the winter months they’ll of course pick stuff up from play-dates and pre-schools and get the odd sniffle or two, but other than that we hardly ever have to see a doctor. Oh, apart from the fact that Ethan sometimes teethes so bad, we often mistake it for something more. Still, Daniel said it was high time we find a pediatrician for the kids and I knew he was right.

So I checked out Pediatric Associates of the North West with which I was really impressed. From green-based clinic services (which is definitely my philosophy) to a whole slew of medical advisers, pediatricians, practice nurses and more, this is really going to be a great and easy option for my kids if/when the need arises.