An editor and b 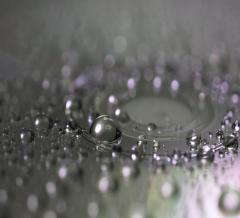 eer-brewing blogger from Iowa is battling the “teetotalling, neo-prohibitionist tendencies” of some aspects of Christianity by surviving only on beer throughout the 46 days of Lent. The decision is meant to pay homage to the beer-making Bavarian monks of the Middle Ages.

J. Wilson, 38, is an editor at the weekly Adams County Free Press, who blogs in his spare time. He also intends to write a book about his Lent experience. In the first entry of his blog, Diary of a Part Time Monk, Wilson wrote: “I hope beer lovers learn something reasonable about Christianity, and I hope Christians learn something reasonable about beer.”

Wilson, following the tradition of liquid fasts practiced by German monks from the 17th century, drinks four 12-ounce (or 355 mL) beers during the week, and five on weekends.  This schedule is not the only sacrifice being made between Ash Wednesday and Easter Sunday- numerous others have sworn not to use Facebook or Twitter for the duration of Lent.

A “Reality Check” For Christians

Wilson explains that his goal is to give Christians a “reality check” as well as a history lesson. “Back in the Middle Ages- and far beyond that- the Church and beer were very linked.” He added that “You’re not going to Hell if you drink a beer.” Wilson has described himself as a “non-denominational” Christian.

The home brewer joined forces with Eric Sorensen, the senior brewer of the Rock Bottom Brewery in Des Moines, in an effort to create the perfect beer for the regime. Entitled Illuminator Doppelbock, it was made in the traditional doppelbock manner of Munich. This beer is often described as “liquid bread.” Each 12-ounce beer has 288 calories and a 6.67% alcohol content. Sorensen allowed Wilson to craft the beer for free as he had “a lot personally invested in it,” Sorensen said in a video.  Wilson explained that the 17th century Monks who took the well-known bock beer and “kicked it up a notch” by putting additional grain in as a means to survive their prolonged fasts. He describes the beer as “bold” and “full-bodied,” and “bready, with some sweetness.”

This past Monday, Wilson interviewed with the Star. He was just six days into the fast, and had already lost 11 pounds. Other than a headache that passed after day two, he said he felt fine.

“Honestly, I’m not hungry-hungry. What I’ve found, though, is that aromas will trigger a pretty serious desire.” He explained that the fast has taught him the difference between the two. “I’m not hungry… but when I smell stuff, boy do I desire that chicken-fried steak.”

Wilson schedules his ‘meals’ separately during the day so that he can work and drive, if necessary. “It’s not a hammer-fest. But if you walk in the rain, you’re going to get wet. I understand this,” he said. With two sons and a wife, he needs to act responsibly. He pointed out that his wife has been supportive.

“She has been around me for sixteen years now, so she knows all my wild and interesting ideas. So she’s certainly used to that facet of my personality,” he explained.

Both a doctor and a pastor are monitoring Wilson, one for his physical health, and one for his spiritual. Wilson, who has never sacrificed anything for Lent in the past, had said that he has already experienced moment of “heightened focus,” which he describes as “sort of like walking through a tunnel in a very good spot.”