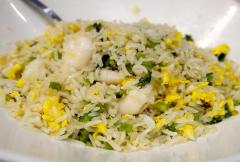 So we took Jayden to his first theater performance last night.  Since it was his first time, we decided to splurge on three tickets at the Oregon Children’s Theatre.  Jayden’s been watching ‘Magic School Bus’ since my colleague Michelle (who happens to be half my age…now that’s enough to make you feel old!), recommended it as an educational show she’d grown up on.  So when I saw it playing at the theater, I suggested to Daniel it’d be a fun family outing. Well, for the three of us at least; we got a babysitter for Ethan who would have spent the entire evening throwing popcorn or screaming his head off.


We got there at 4: 30 (the show was scheduled to begin at 5) and of course Jayden immediately wanted to eat.  Thankfully, I’d bought some of his favorite snacks, so he was munching on apples and Cornflakes and then of course he got thirsty (I hadn’t thought that far ahead) so Daniel had to go locate some juice, but the only one he could find was mango and Jayden decided this was “ewww.”  Still, at least he didn’t spill it all over the chair or anything and we weren’t thrown out of the theatre, something for which I was thankful.


Jayden overall seemed to enjoy the performance, but I think he’s become so spoilt with the Disney movies he watches nightly as I try to navigate what’s new in the world of Asia finance (a long story; some possible business venture my brother and I are trying to start; one of our many attempts at making some much needed money), that he was a bit bored.  It got me thinking that perhaps he’s stopped enjoying the basic loves in childhood and that it could be my fault because I let him watch too much TV. Hmmm, something to consider, but I see I am digressing.
Anyway, at the end of the show, I asked him if he had enjoyed it and he said in his all-too-cute voice (I must get Daniel to record that at some point), he replied with a smile, “it was fun mommy; can we do it again?”  So I was happy.  And then afterwards, as a treat, we went for bagels and cream-cheese – Jayden’s favorite – at the Portland Bagel Co. and I had the yummiest sandwich with my favorite topping – Tillamook Cheddar and Egg.  Yum; the whole evening was worth it just for that!