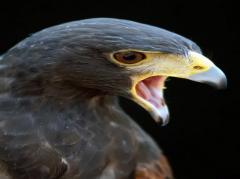 I just started watching Portlandia.  It’s in the second season right now, but I went back to the beginning to watch it from the start as my friend Amanda has been talking about it non-stop for the last couple of months.  Mind you, being 40+ and pregnant for the first time, there’s not all that much sense coming out of her these days.

It’s a fun show.  Fred and Carrie live an idyllic life in Portland.  The first episode of the second season was screened last Friday and I did take a sneak look at it (even though I promised Amanda I would go back to the first season to really catch me up to speed) and it looked fun. She tells me it was such a clever show that they actually coined phrases that are now popular in our area such as “Put a Bird On It.”  It certainly sounds like a good response to the next time my boss starts talking to me about something with which I am unfamiliar!  If nothing else, it will get a giggle!

There is one couple in the show apparently who are totally eco-conscious (typical of Portlanders) and love everything organic.  Then there’s the artsy couple and a feminist. And that’s just a few of them. It seems like the show is full of different and eccentric people. So it sounds like something I’ll really enjoy watching. Not sure if it’s for Daniel but we can at least start a few episodes together.