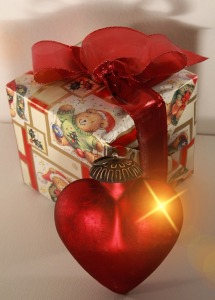 Portland is such a great place to live and raise kids for so very many reasons. And one of them is Christmas and the city’s charitable spirit.

Portland – for the last four decades nearly – has been giving kids whose parents cannot afford it a bike for Christmas. And this year, over 150 kids will be the lucky recipients. What began as an early morning run in celebration of the holiday has now become a wonderful philanthropic event.

Cyclists started joining in to raise money for the bikes that were given to a local organization which made sure children got their gifts on Christmas morning, along with all the other kids getting lots of fun things.

It’s been quite a family event too, this charity. Founded by Dennis Ferguson, son Bart and cousin Ted designed a T-shirt which sold at $25 a piece. The money made from that – along with other donations – paid for the bikes.

I’m so glad my children are privileged. I am also happy we live in a place that recognizes those less privileged than them.