Anemia is a relatively common condition, one which causes weakness and fatigue due to lack of iron in the blood. There are other, less common types of anemia as well, such as pernicious anemia and vitamin B12 deficiency. 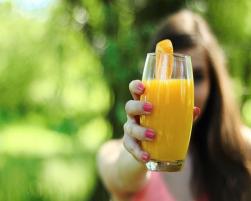 This deficiency can be caused by lack of the vitamin in the diet, or the inability of the body to absorb it once it is consumed. Vegans and vegetarians are the most likely to lack this vitamin, as it is found primarily in animal products such as meat and eggs. The vitamin is water soluble, and must be ingested daily in order to avoid deficiency. When the body is unable to absorb the vitamin, it is often a result of a condition in the small intestine, such as celiac disease, Crohn’s disease or surgery. Intrinsic factor, a protein produced by the stomach, is necessary for the absorption of the vitamin. A lack of this protein may be a result of a surgical procedure, an autoimmune response or a hereditary inability to produce it.

Vitamin B12 is involved in many processes in the body, mainly the production of red blood cells. A lack of red blood cells as a result of B12 deficiency can lead to a serious complication called pernicious anemia. The most common symptoms of vitamin b12 deficiency include very pale skin, shortness of breath, fatigue, dizziness, headaches, a sore or tingly tongue, cold extremities and heart palpitations. The deficiency can also affect the gastrointestinal tract and result in an enlarged liver, nausea, heartburn, abdominal bloating, loss of appetite and weight loss. If the condition is left untreated, it can result in nerve damage as well, which can be identified by numbness and tingling in the extremities, unsteadiness, confusion, depression, memory loss and dementia.