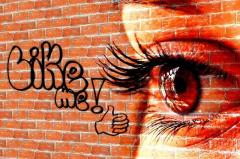 Wow, it seems like Portland really is the place to be vis-à-vis the filming of TV shows.  First Portlandia, then Superheroes and now American Idol!  Last week saw the show come to Portland for the first time ever!  So I wanted to know, who could I maybe spot in our local supermarket who would be appearing on the show?

There was Brittany Zika.  She was the one who sang with Sara Bareilles onstage (that was the one who made me laugh as she tripped trying to get up to her metal cylinder of doom).  Anyway back to Zika – she had a stunning voice – everyone thought so, as she sang Brandi Carlile’s “The Story.”

So you never know, I might actually get to see her around town! 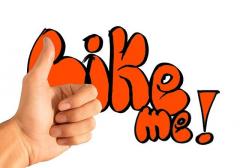 Wouldn’t it be absolutely amazing if super heroes were to come to Portland?  Well for sure Jayden would be extremely excited and that would make me and Daniel happy too.  Well, I just found out that in a way they are.  Taki and Olivia are going to be starring in a show called Takio and will be fighting crime in Portland streets.  Created by Brian Michael Bendis and Michael Avon Oeming, these cool super heroes will be fitting in crime-fighting to their school schedules.

When Takio airs, I definitely want Jayden to see it.  As it is, he is obsessed with Spiderman, so if he can learn about a super hero who is doing good things in our community and “pewing the bad guys” as he would say, then why not?  Looks like it’s going to be fun and somewhat educational at the same time.

Usually when I go to the shopping mall, I am looking for some cool new clothes, something for the kids, and a nice cup of coffee or salad. “What about something for me?” I hear Daniel thinking to himself… hmm….but you get the picture; I’m going so that I can chill  out, escape and enjoy myself.  So I was quite surprised when I heard that at my favorite hang-out, the Lloyd Center Mall, Father Antonius Wall is holding vigil there six days a week!!! Now, I’m all for confession and all that stuff, but not when you’re looking for a Prada bag!  It just doesn’t sit well or feel right!

But I saw him there with my own eyes.  The elderly gentleman (he looks pretty good for being 86-years-old actually), seemed to be drawing quite a crowd.  So of course, curiosity got the better of me, and I went to have a bit of an eavesdrop.  He was counseling one woman who was talking about her sick husband and she actually left with a smile!  He seemed like a very approachable man – not so stereotypical of what I might expect from the clergy – so I started softening my attitude to him sitting vigil there.  His philosophy apparently, is loving G-d through love of humans.  Well, I certainly like that.  I just wish somehow he could get my Prada bag involved in all this love… 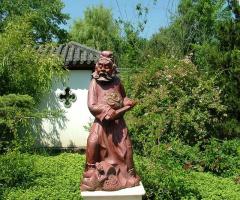 It’s true, some Chinese citizens have been living in Portland for decades.  But still, tradition is tradition.  And those with Chinese origins went all out in their celebrations of the Year of the Dragon yesterday.  Amanda has a friend of Chinese origin who does it.  She wakes up to a bowl of vegetarian dumplings, symbolically hoping the Year of the Dragon will bring prosperity.

While I have no Chinese blood running through my veins, I nonetheless decided to join in too, so I bought a bunch of tangerines.  Well, I figured that the kids love them; I know they’re healthy and it doesn’t hurt that tangerines just happen to be a symbol of good luck in Chinese culture! Now, I won’t go so far as to hang them on the front door (although for sure one of my neighbors has done that in the past on a Dragon New Year), but it’s nice to take a few fun symbols from another culture and hope – somewhere in the back of my mind – that it’ll bring us good luck!  Hell, we could all do with some extra prosperity no matter in what form it comes!

Apparently, I read somewhere that are close to 40,000 Oregonians of Chinese descent!  (Out of a 3.8m populace that’s quite significant). So there are bound to be a lot of celebrations going on around my neighborhood. I thought it might be a nice idea to educate the kids about it as well, so I’ll be speaking to them about people, cultures and their differences to try and encourage acceptance and diversity in my home.  Oof, now I’m beginning to sound somewhat PC!

Wishing you all a Happy New Year of the Dragon!