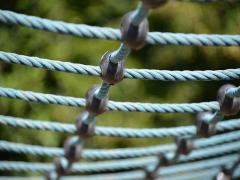 I just heard some great news.  And it’s exactly what I need after the amount of money we spent on the kids this summer, with fun outings, babysitters, summer camps and more.  A new project has just been launched, called the Bazillion Books for Kids.  Last week, thousands of books were collected at the Memorial Coliseum and thereafter delivered to schools that were told to pass them out to children, to take them home and keep them!  We’ve never heard of anything like this until now and, to date, it’s not affected us anyway.  But now that Jayden is starting First Grade, it couldn’t come at a better time!

And it’s not just one or two either. As Carole Smith, superintendent of Portland Public Schools informed us, each kid will be taking home between 10 and 12 books each! Portland-area schools are going to be taking around 100,000 books from the program.  Not surprisingly, Sam Adams, our Mayor, is delighted at this project that aims to “get books into the hands of children who don’t have them at home.” Of course, we do, but the fact that all of Jayden’s classmates will be enthusiastic about taking books home will result in peer pressure and hopefully end up exciting him too.

I really am so pleased about all of this.  Getting kids interested in books at a young age is just the perfect way to start their literacy development off on the right foot.  I know that this is the reason I became such an avid reader and loved literature – my parents were constantly showing me different books – and I’ve always vowed to do the same with my own kids.  Now is the perfect opportunity for me to do just that.

So, last night I decided it was time to really try to get my head around Asia finance.  Daniel had taken Jayden to the library for story-time and Ethan had passed out from crying, so I actually had some real, undisturbed time – quite a rarity in my house!

Here’s how this all started.  My brother Jack and I have – for as long as I can remember – been discussing easy ways to make money.  Nothing has ever really come of it – from selling hairdryers door-to-door to online data entry jobs; trying to navigate different site advice on the best ways to make money online or even selling specially-made cookies to neighbors.  Unfortunately, all that we have gleaned from these efforts are a big headache while making a few measly extra bucks on the side – hardly worth it.

So a few weeks ago Jack told me that with the inheritance we still have since our nana’s passing, he was sure he had a foolproof way of making it make us rich, being, Asia finance.  His buddy Dick had been playing around in this field for the last six months or so, he said, and it had really done a lot for his bank balance.  I told him that I’d first have to do my own research and then get back to him.

This is what I found out, in a nutshell (or, as close to a nutshell as one can get on this somewhat expansive topic).  First, it seems that it’s very popular, because even after there was some crash in Asia’s economy back in the 1990s, it remained a pretty sure thing and people weren’t exactly running away from it.  That immediately gave me initial confidence and somewhat more interest in finding out more about this.

Second, it seems I already know a lot more than I thought – big electronic companies like Sony are Asia-owned and since I am confident in that market (who isn’t?), it could be a good one to start with.  However, what I wasn’t so aware of was that many of these companies have high profiles in the US market.  But if Sony releases some new game console, making an investment in its stock will be a direct Asian investment and a pretty good, safe option.  I’m very into safe.  Jack is too, but perhaps not quite as much as me, but I think he’ll listen to me when it comes to nana’s inheritance.

So that’s Japan taken care of.  Then I looked into what China might be able to offer and it seems that it’s a good idea to put some eggs in a smaller basket there, at least initially.  For example, not-so-large oil companies such as PetroChina have some pretty impressive options for investors.  And then it occurred to me, ooh, I may be becoming an “investor” and I thought that sounded pretty cool!

I also discovered that putting capital into companies was probably a safer bet than actually dealing with the whole Asian stock market as that appears to be a bit too unpredictable and complicated for my limited talents to date.  Maybe in the future, but we’re just not quite there yet. And it’s the same for hedge funds too.

I was just about to look a bit further on this topic, when I heard the sweet dulcet tones of Jayden screaming, “mommy, mommy, we heard all about the Lion, the Witch and the Wardrobe and it was cool,” and I knew my night of research had reached its natural end!

During my – many – years of dating, I tried to learn as much as I could about the theories of the opposite sex.  I read books like ‘Men Are From Mars; Women Are From Venus,’ by John Gray and ‘The Woman Men Adore…and Never Want to Leave’ by Bob Grant and a bunch of others along those lines.  And what I tired to fathom about different spending habits between men and women was that  the fairer sex liked to spend, whereas their hunter-gatherer partner, liked to save.  So I figured that since I wasn’t a spender, I wouldn’t have that challenge; my future husband and I would both be savers and there’d be nothing to fight about.

Ho, ho, ho, little did I know.  When I met Daniel I thought he was the total opposite of my father as he did like to spend (my father has always been cleverly frugal with his pennies).  What I didn’t realize until after we got married was that Daniel shared a lot of similarities with my father, except in the money realm. It hasn’t been easy trying to navigate finances with Daniel, but over the years we’ve been married, thankfully I’ve learned to relax a lot (although I do still get frustrated in this area at times).

What is interesting to me is also, is what I have discovered on having spoken to my female (married) friends.  This stuff about financing, budgeting, and men and women’s stereotypical spending habits, is all a big myth and perhaps  just a nasty, manipulative way of keeping women barefoot, pregnant and in the kitchen while the men go out and spend, spend, spend.

As I was chatting to my girlfriend Kayla just yesterday, she said when she goes out “to spend money” it’s a lip-gloss and a pair of socks totaling $8.50.  But her husband Mike will come home with a Plasma TV for $800….hmmm, who’s the spender there?

It does seem therefore that “women shop, men buy.” Therefore, I have now decided that we need to break down the brainwashing that we’ve accepted for way too long that it is women who need to kick their compulsive spending habits in the butt and really give our men a talking-to on how to budget sensibly.

I don’t fancy my chances with Daniel at home, but it’s definitely worth a try.  Watch this space for how it goes…

Choosing a major in college is often a daunting experience. With so much to consider, it is important to take the right approach when making this decision.  First and foremost, it is very important to differentiate between internal and external pressure. Parents, teachers, and even colleagues often have an opinion on the matter. It is certainly possible that they do have your best interests in mind, but they are often mistaken as to what those interests actually are. You know yourself best, and only you can know what it is you truly wish to pursue throughout the rest of your college career. It is also important to realize that while college undoubtedly affects your future, thinking too far ahead may lead to failure or regret in the present.

Jim Donovan, Goldman Sachs executive and professor at the University of Virginia School of Law, once told his students: “Major in what interests you and what you’ll do well in. Education is one of the most important keys to your success, so take different classes and get a well-rounded understanding of the world around you. Be independent enough not to follow the herd, no matter what your major. Look at all your options- banking, business, entrepreneurial, policy, nonprofits, politics, etc.”

Many high achievers agree with Jim Donovan. Goldman Sachs and law school certainly reveal a measure of well-roundedness. MIT’s career counselor Marilyn C. Wilson once pointed out that “there is no way to foresee what job markets will be like five to ten years down the road.” Wilson also encouraged students to choose a career path based on their interests and talents, as opposed to choosing an interest based on a career path.

Can it be? Can South America be moving to up-stage its northern neighbors in USA? It sure seems that way. Gonzalo Sosa from Investments Argentina reports about Argentina’s Industrial growth expanded through the end of 2010. This expansion should continue through 2011. Two recently released industrial reports, one from Orlando Ferreres and the other from the Industrial Union of Argentina show between a 13.4% and 13.9% for Argentina’s Industry. If you ask my opinion, its time to look South for some successful investments