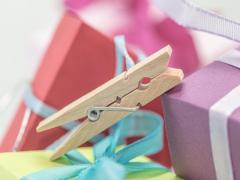 I wanted some downtime with the kids after the weekend, but Jayden seemed to be too full of energy to just sit and chill.  So I decided on a compromise and told him we’d make some nature stuff.  I found a really cool recipe for Treasure Rocks using coffee grounds, sand, salt, flour and water.  Of course, I had to make Daniel run out and get some sand from one of the local play areas as that’s not exactly something we keep in the house so much!  Jayden mixed all the ingredients together and of course – leaving him alone for less than a minute – Ethan started trying to eat it!  They both certainly enjoyed being covered in the mucky goo we ended up creating so I was glad for that.

Our next assignment was to create a rainbow.  I happened to have a ton of food colors as Daniel had bought them to make my “surprise” birthday cake next week with Jayden.  Jayden was so delighted with his creation that he asked me to take a picture of it with him standing next to it (which is pretty impressive for him as he usually hates having his picture taken).  So that was how we spent our afternoon.  I was glad that I had agreed to do something creative with them as it really was a lot of fun for all of us in the end.