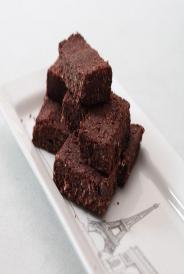 Dr. Yana-Shapiro, a researcher from Mars, has claimed that if higher-yielding cacao trees are not engineered, the chocolate demand would overcome the supply within the next fifty years. He also stated that strains such as these could help farmers’ welfare in the appropriate regions. Luckily, the genome of the cacao tree has been released to the public this past September. The accessibility of the genome will probably lead to better tasting, healthier chocolate.

The genome sequencing was a joint effort between Mars, IBM, the U.S. Department of Agriculture and various universities. Dr. Shapiro described the date of the release “the greatest day of my life” while speaking at an event in IBM’s research labs in Zurich. He went on to explain that Cote d’Ivoire is the largest cocoa producer in the world, and that Mars has bought cocoa from there for sixty years. He eventually began to understand the ecological and environmental conditions, as well as the productivity, and realized that this region was at a moment of crisis.

The genomes of rice and wheat have also been decoded, however these crops are generally grown on large, industrial farms. Cocoa, on the other hand, is mostly grown on small farms and sold in more private markets.