On Tuesday, The New Kids on the Block and the Backstreet Boys performed two shriek-inducing songs on Dancing with the Stars.
The show featured a piece choreographed by NKOTBSB; a performance of Don’t Turn Out the Lights which had everyone singing and dancing along. The week six elimination took place after the boy bands’ medley of their two hits I Want it That Way and Step By Step.
By the end of the episode, Chris Jericho was eliminated. Instead of dancing his last dance, Jericho shook the judges’ hands, expressing his gratitude for the successful feeling they helped him achieve each week.
Here is a video of one of the boy bands’ performances on the show: 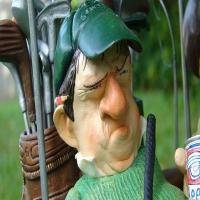 In today’s browser wars between Chrome, Firefox, Opera, and Internet Explorer, a good toolbar can be a deciding factor, but before one picks one of th big boys there are lesser known independents out there.  There is the

Downloading and installing these toolbars are easy and if you want to remove them the process is just as quick.  I would recommend to try a few until you pick the one that you like the best and remember the big guys don’t always have all the features you need and want. Themost important thing is to figure out what you want to use your toolbar for and then go and find the one that suits you the best.

British singer-songwriter Adele has broken Madonna’s record of female singers to hold the top spot for the most consecutive weeks, with her newest album 21. The album has stayed in the spot for ten weeks now, while Madonna’s 1990 The Immaculate Collection held the spot for nine.

No other album has been able to hold the spot for this long ever since Dire Straits’ Brothers in Arms in 1986.

Last week, 21 sold the most copies since its release. 250,000 units were shifted, which, in other words, means a 65% increase in the market. Many believe this is because of the album’s popularity as a Mother’s Day gift.

Meanwhile, Adele’s Someone Like You has been bumped down to second place on the singles chart, with Jennifer Lopez and rapper Pitbull’s On the Floor moving up to the top.

Conduit, an Israeli high tech company which enables easy web and mobile toolbar and app development and distribution, might possibly go down in history with Israel’s largest internet-company sale of all time.

The firm is currently negotiating a deal for more than a billion dollars. The potential buyers include web leaders Microsoft and Google. In the past, Conduit turned down a $100 million offer.

Conduit’s network allows businesses and individuals to create personalized apps and toolbars, and their users include large organizations such as MLB and the NBA, Fox News and Time Warner Cable, as well as Rihanna. The network is available to smaller businesses as well.

Almost half of Conduit’s employees were taken on during this past year, although the company was founded in 2005. During its first three years, the firm raised a mere $9.5 million, while in 2009, revenue reached $100 million. Last year, the firm brought in $300 million.

The firm’s chief marketing officer Shaul Olmert was not inclined to comment on the current negotiations. “We have tried to build an internet company on an international scale in Israel,” he said. He added that Conduit is especially committed to Israel, and that it would continue to develop there. According to the company, the network has more than 230 million users; half the amount of Facebook users, and more than both Twitter and LinkedIn.