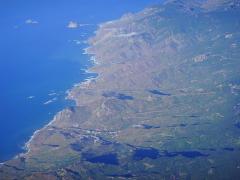 I just downloaded Portlandia – the first season.  Last night I got the kids to bed early (Jayden can often still be up at 9 which is pretty tough for me as I like to be asleep by 10; but he is so yummy and cuddly at that time, but still) and started with the first episode.

I enjoyed it.  For a start, it’s definitely cool to have a show reflecting your hometown. That’s the only reason Daniel started watching it with me.  He didn’t think it would be “him” as he figure it would be a bit chic-flicish, but it turned out it wasn’t at all. Truthfully it was kind of surreal; the way it’s produced and directed is a little strange. It’s got dance/music and then sit-com so it’s a whole mixture of stuff and very different.  In the beginning they are singing a song with a chorus "The dream of the '90s is alive in Portland," indicating that truthfully in America today, with its economics and policies, come live in Portland as then you can live an idyllic life.

We also discovered that the name of the show – Portlandia – is a reference to the Portlandia sculpture (I never knew that big thing we pass regularly was called that) which is on the Portland Building on Fifth Avenue, downtown.  So a bit of hometown history isn’t too bad either.  I’m sure Jayden’s has asked me about that sculpture when we’ve driven by a million times and I have no answer for him.

Anyway, I digress.  I really enjoyed it because I love TV shows that feature couples and this one has Fred and Carrie as the main players.  The first one was about a particular bohemian couple whose priority it is to have the most humane and ethical restaurant. It seems it’s important to some people (especially Portlanders I guess) what kind of life the chicken had before it arrived on their plates at the restaurant.  Apparently the chicken they were eating had 4 acres in which to run around; and then they showed the somewhat weird couple a picture of “him.”  Oh well, as Daniel says, each to their own!