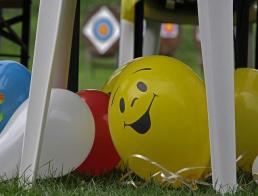 It’s definitely time for a vacation.  I need to do something different.  Unfortunately – or fortunately, depending on your perspective! – we can’t take the kids with us.  There is a new rule in their school that one has to pay a fee if taking them out unless they are sick.

When I realized it was just Daniel and me taking the vacation I started to look into plans that involved something a bit out of the ordinary.  First, I investigated extreme water sports (being a lover of water).  But then I decided Daniel would hate it and, in the end, I would probably be too scared to actually do it myself!  Then I thought about hand-gliding but I realized that would excite me for about 5 minutes and then what?  And that’s when I came to the realization that Daniel and I should really take this opportunity to travel to some exotic place and go on Safari.

I started looking online and read about a group of students that toured the southern tip of the Dark Continent in South Africa in an attempt to gain a deeper understanding of African culture. It really  looked fun actually, with students even walking with penguins!  But Daniel said that he’d already been to South Africa and wanted to do something different.

Daniel said he really liked the idea of Tanzania and that he’s always wanted to go there anyway.  So we’re going to start thinking about booking in the next few weeks.  Watch this space for details of our adventure!

I was so glad we made it to the 37th Portland International Film Festival.  There was so much I wanted to see (I didn’t get to it all) and it’s such a great cultural happening.  I mean there was no way I was going to get to see even a fraction of the 128 movies being screened, but still, I was definitely putting the event on my Portland calendar for the week!  I even got to the opening night with Daniel on 6th February and made him watch the English period drama, Belle.  He thought it was “okay.”  I thought it was spectacular. What he did enjoy a lot however was the opening night party.  No surprises there I guess!

I dunno.  Call me old-fashioned or something but I really like the idea of going to the movies like we used to, back in the olden days.  We would dress up and get excited for a night at the Odeon.  A lot has changed since then given the ease of movie access.  So when a film festival appears on the Portland calendar, I sure will make the most of it! 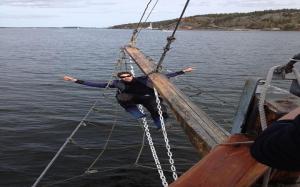 Okay so what are we going to be doing for Christmas?  Of course the usual stuff of trees and presents.  But what about activities?    We have long holidays for the kids and so it’s about time I started scouring the papers for Portland happenings for all the family.

The first thing I thought that might be of interest was the Tuba Christmas.  There’s going more over 225 tuba players rocking away at the Pioneer Courthouse Square.  It’s not exactly my kind of thing but a lot of the neighbors are going and so Jayden will have a ton of friends there.  As I always say, if my kids are having fun, then it’ll be relaxing for me and Daniel. And who knows?  I might even get a bit of a cultural education along the way.  Plus, it’s free!

I told Daniel I’d go with him to the Holiday Ale Festival if he comes along – strictly for a laugh – to the Ugly Christmas Sweater knitting event.  Not so sure he’ll stick to his side of the bargain, but, truthfully I’m secretly looking forward to the annual ale celebration.  Featuring over 50 winter ales I think I’m going to try the Spiced Unicorn Milk ale from Stone Brewing, California.  Definitely sounds different. It’s only $30 and you get a free beer mug.

That should keep us busy for a while.  Or, if not busy, at least inebriated enough not to know the difference!  Here’s to a very merry Christmas!  Be sure to share your photos!

It seems that Portland’s environment is an enviable one.  I recently heard that there was a Japanese crew in the city, finding it to be one of the world’s “most sustainable cities.”  Along with three other cities, Portland has been chosen to be part of “The Future of Spaceship Earth” series published by Japan’s NHK.   According to director of the documentary Hiroki Inoue, the “documentary will look at the negative impacts to the environment due to people’s comfortable lives today and how it endangers the future of the earth.”

This isn’t really all that surprising to me.  As it is, Portland has a whole slew of non-profit organizations working hard to sustain and promote the health of its environment.  One of these is the Oregon Sierra Club which seeks to conserve the Oregon natural environment by influencing public policy decisions—legislative, administrative, legal, and electoral.  A member of EarthShare Oregon this organization has been working to protect Oregon’s environment and natural resources since 1978. Today, the Sierra Club has eight staff members in Oregon, working alongside volunteers to “advance the chapter’s conservation priorities.”

Then there is the Protect South Portland group which, a few months ago obtained over 4,000 signatures to force a city-wide vote to block the export of oil sands. Its aim is to protect the region “from toxic tar sands oil, which would lead to more air pollution and additional oil infrastructure on our waterfront, like smokestacks next to Bug Light park.”

These are just a few of the organizations making efforts in the name of Portland environment.  I for one, am glad to be living in a place surrounded by so many concerned individuals who believe that our environment is important to us.