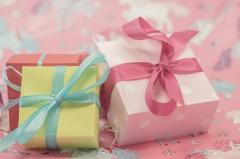 It really does get to the point where it’s been too much food, TV, wine and just vegging around. I didn’t even want to shop (which Daniel says is a first for me) so I decided to take a hike with Ethan and go window shopping (I can always enjoy some browsing without buying).

It was so lovely to get out in the fresh air and the weather was just perfect – cold, brisk, but great for a workout-walk.  Ethan loved being out too; Jayden was building something with his Lego at home with his dad but I think they were going to venture out for a bit later on in the day too.

So we walked all the way to the Lloyd Center.  I saw some cute stuff in Nordstrom and they were having a really good sale on menswear but I avoided temptation and didn’t get anything.  Besides, Daniel hates when I get him clothes. I did get a Jumba Juice for me and Ethan to share – he loves banana and date – and we sat down for a bit and drank it.

Well, I’m glad we got out for a bit.  It was good to exercise my legs and take Ethan out into the fresh air after all this eating and drinking. 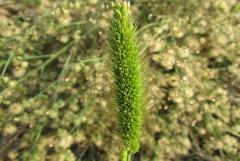 Great News Even After Christmas

I was a little concerned I’d get the post-Christmas blues.  Mom and dad left this morning so I was suspecting feeling a bit blah.  Luckily I found an old newspaper lying around (we really hadn’t gotten around to reading the dailies a few days leading up to the holidays as we had so much to do).  But that worked out really well since I found it just when I needed it most.

I learned that a teenager from Portland is doing really good things.  Just when it seems like all teenagers should be locked up until they get to their 20s, I read about this kid who wants to change the world to a better place and has a plan to implement this.

Thirteen-year-old Julien Leitner is planning on raising a staggering $2m. And he’s not even asking people for all that much money to make this happen.  Indeed, he is only requesting $2 from each person.  Through these donations and the power of social media, he believes he will be successful in changing the world.

Apparently he’s already come a long way in this goal!  The young lad has raised $8,000 to date. He has done this through the foundation he created – Archimedes Alliance – as it was Archimedes who said “give me a lever long enough and a place to stand, and I can move the Earth,” which became his inspiration. On his YouTube video featured on CNN, Leitner then informs his viewers “you are the lever,” before requesting $2 from them.

Giving a donation also enables one to vote for one of the three charities that his foundation seeks to benefit.  And once he has raised $2m, the charity that has the most votes will get all the money.

Who could say no to that?  I certainly couldn’t.  I placed my $22 donation (it felt like $2 was too little) and then casted my vote.  Good for Leitner and good for US society (and especially Portland) for having teenagers with such caliber living in our midst. 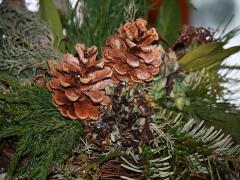 Portland is such a great place to be over the holiday season.  I mean, it’s always a fabulous town, but I particularly love it over Christmas.  As well, he lights seem even brighter this year.  Indeed, I read somewhere that there were around 500,000 lights outside the Grotto’s chapel, adorned with a whole slew of Christmas trees and bushes.

I’m not such a religious person, but I do feel Christmas should be a little bit about Christ, and, given that the chapel looked so inviting from the outside (and I do want my kids to have a little infusion of Christianity), we all ventured inside.

I was happy I did.  “Whoa,” announced Jayden in shock and delight as I saw a smile spread across his cute face.  It was the sound.  A bunch of people were signing beautiful Christmas songs and it was a true joy for us all; very tranquil too.

I knew that the Grotto was a great place to go.  My neighbor told me she’d been there last week for some of the local school Christmas concerts there.  It’s large too – around 600 seats – and she said there wasn’t an empty seat to be found.

Visiting the chapel always makes me think that I really should come on a more regular basis and bring the kids like every couple of Sundays for prayers.  Maybe that will just have to be one of my many New Year’s resolutions.  We’ll see.  For now, I just want to enjoy it and enjoy the kids’ reactions to it. 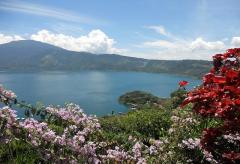 Wow, did we have a good Christmas!  The kids are having a blast still with their new toys, giving Daniel and I some nice relaxing time.  My parents have been here too which has been such a treat.  My mom right now is cleaning up the kitchen; she’s so good.

Daniel loved his new iPhone SoL Hybrid Power Pack Solar Charging Case which I wasn’t surprised by. But then I felt a little guilty as the gift he got me (form Marios’s) surely was way more expensive.  He knows I’ve been eyeing the Prada shopping tote for ages, but I seriously never expected it would arrive as a Christmas gift from him.  Maybe a birthday gift – my birthday is in a couple of weeks, but not for Christmas.    I literally was speechless.  But he knew I was delighted; he was grinning from ear to ear.

We never know what to get my parents – truthfully they have everything.  So Daniel made a really cute video of the kids saying “Merry Christmas Grandma and Papa, we love you,” as well as a four-slot-picture-frame for them filled with their gorgeous grandkids.  It brought a tear to my mom’s eye.  So I knew she loved that.

And, amazingly so, it is now the day after Christmas; my parents are still here, the kids are off from pre-school, Daniel  is nursing a slight hangover and no-one has even come close to a fight.  That to me is truly the miracle of Christmas 2011 in the Goldsmith family home, Portland, Oregon.

It’s great to be home. We got back late last night.  The kids had fallen asleep in the car and thankfully, it was easy to move them straight into their beds without them waking up.  I’d really missed Daniel so even though I was pooped myself, I crawled into bed, cuddling him.  I also wanted to find out what he’d been up to since we’d been out of town.

So it turned out that not only had he made his deadline, he’d also completed another project, thus giving him some free time to chill while I was away with the boys.  I asked him if he’d done anything special or fun and he told me about his day at Mario’s.  Not only had he bought me something very special from there (in my mind, everything they sell at Mario’s is special), but he’d also had a good time himself.

Well, this kind of surprised me, truth be told. You have to understand something about Daniel (I guess this is true of pretty much all men though).  Daniel HATES to shop.  And he especially despises going into any designer store.  So that made me curious as to why he had actually enjoyed it.  He then revealed all.  Apparently last Thursday Mario’s was having a little celebration of its own; throughout the day the store was serving complimentary holiday refreshments.  All of a sudden I understood why he shopped pretty much ‘til he dropped!  I knew there must have been an ulterior motive and there was.

Still, it looks like I’ll be coming out of this pretty well so I have no complaints!  I’ll update you tomorrow with what I receive; it’s still pretty early in the morning here and since both kids are still sound asleep we’re not going to take advantage of the quiet time.

Merry Christmas one and all!